Cara Koenen is a professional netball player with the Sunshine Coast Lightning. Each week on her website, she writes personal and moving pieces that help give an insight into what life is like as an elite athlete, the day-to-day struggles, sources of motivation and her journey to the big stage. 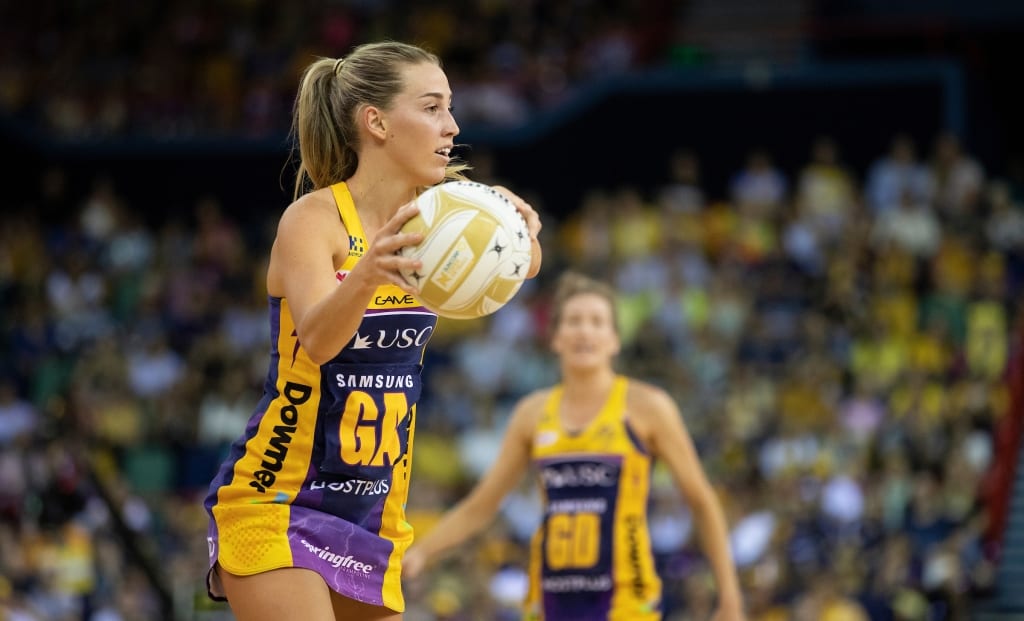 If you have ever been unlucky enough to have had one, you’ll probably guess what it is I might want to discuss. Injuries. As I write this, athletes everywhere are cringing or wincing at the traumatic thought of hurting themselves. As athletes (and humans, I suppose), injuries are our kryptonite. They stop us doing all of the things we love to do; stop us from doing the things that keep us sane and happy.

Recently, I was watching an episode of the Michael Jordan Netflix documentary ‘The Last Dance’ (would absolutely recommend, by the way). He recalled a conversation that he had with the owner of the Chicago Bulls at the time, Jerry Reinsdorf, about an injury that Jordan sustained while playing. Reinsdorf asked;

“Depends how bad the headache is.”

I think there was also a bit of colourful language involved but we are trying to keep this spot PG. Nonetheless, I completely see where he was coming from. In my opinion, injuries are without a doubt one of the biggest challenges that an athlete can face in their career.

You may recall from one of my earlier posts that I have copped a few injuries throughout my time. I would like to think that I inherited many good genes from both of my parents; however, strong ankles and good knees are arguably not on that list – still love you Mum & Dad, don’t worry. This fact, plus the nature of our beautiful game, and the remnants of my young, un-coordinated self, have meant that at the ripe old age of 24, I have had three surgeries *facepalm*. To prevent this from dragging on and potentially putting you all to sleep, we will only talk about the most significant of those three surgeries.

If we backtrack to the beginning of the 2017 season, one of my teammates was making her return to the court after undergoing her own surgical procedure earlier that year (shout-out to you, SJ Wood). I was getting some game time and doing my absolute best to make the most of every opportunity out on that court. At Lightning camp, we were preparing for our week four clash against GIANTS Netball. I remember so clearly jumping up from under the post to catch a ball and, upon landing, rolling my ankle on one of our defender’s feet. Ouch. I wish I could say that I dusted myself off and hopped right up but alas, I think I may have screamed, and I most certainly did cry… like a baby.

I was a good little athlete and did everything I was told. I iced, rested, strapped, recovered and then, much to my surprise, played that very weekend. We were right in the thick of the season, so I wasn’t about to let some swelling and a smidge of pain slow me down or compromise any chance I had of stepping out on that court. From my previous experience with sprains, if you do the right thing, the issue usually resolves itself within a few weeks. This was definitely not the case here.

Flash forward to the conclusion of the season and at times, my ankle would still disappear into my calf. I was sent off to get scans because apparently this was, in fact, not normal – I know, who would’ve thought! I sat down for my appointment with my surgeon, completely expecting him to suggest a quick tidy up and 8-week recovery, when he hit me with another suggestion. He thought it would be more beneficial to conduct a reconstruction of my poor wee ankle. Although not an ideal scenario, this was all well and good in my brain until he told me that I would be out of action until further notice (a total of around 5 months).

You are joking. Surely.

Anyone who has had any type of surgery will know that the worst part is not the hospital visit, the bland food, waking up from the anaesthetic with the urge to puke, being jabbed like a pincushion, or those pesky crutches (although the crutches truly are a strong contender). The most difficult part is the rehab! The frustration of being sidelined and sticking to a progression plan that feels like you are improving at no more than a snail’s pace; worse than fingernails down a chalkboard.

I don’t know if I am completely alone in feeling this way, but I have put together a list of survival tips that will change the way you perceive injuries and rehab… 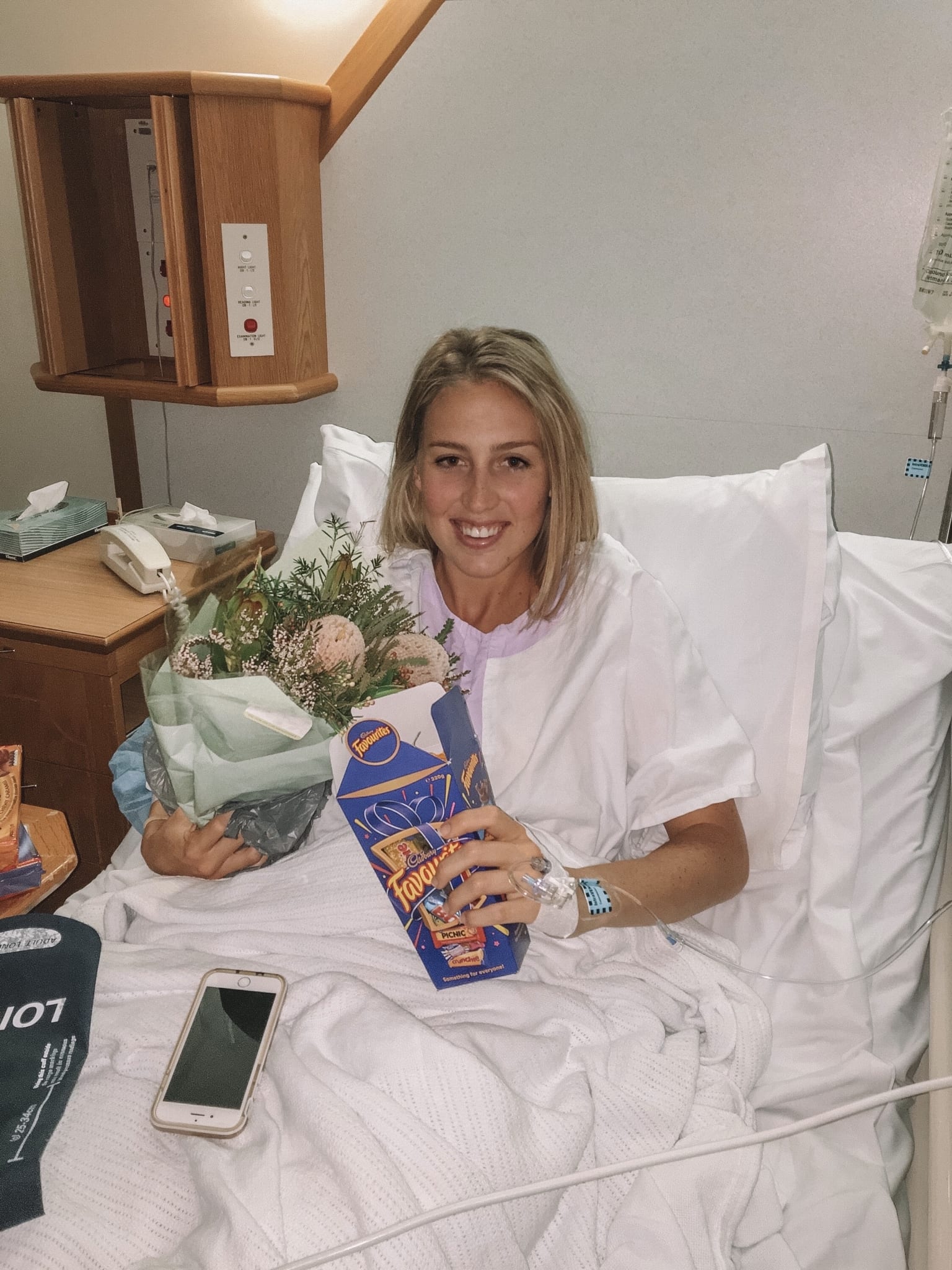 In most circumstances, you are not the one with the medical degree so please, take your assigned seat in the back and relinquish some control. Heed any and all advice that your physio and doctor give you because, surprise-surprise, they know what they are doing.

2. Don’t abandon your goals, pause them and make new ones.

Having been in a cast/moon boot and on crutches for a period of time, I obviously wasn’t going anywhere, fast – literally. With my dreams of improving on the netball court put on hold temporarily, I decided to focus my efforts elsewhere. One of my personal goals was to nail body weight pull-ups. You best believe that, at first, your girl needed the help of some pretty strong resistance bands to get her chin up over that bar. However, slowly but surely, we achieved that goal, set a new one, and got back to work. It is important to remember that there will always be some uninjured part of your body which could use a bit of extra attention during those early rehab days.

Rehabilitation exercises are the worst; she writes as physiotherapists everywhere begin drafting their hate mail. These exercise programs often contain several exercises, of hundreds of repetitions, that have to be done every single day. Ok, I’ll admit, hundreds of reps may be a slight exaggeration but you get my drift. Not only are they annoying but they are also completely ESSENTIAL for any athlete who is serious about returning to their sport. This point also ties back in to point #1 – when they say ‘jump’, you say ‘how high?’.

3. Surround yourself with supportive, motivated people.

Having had a few of these experiences myself, I am of the opinion that no day of training will ever be as hard as having to rehabilitate after a significant injury. Now, I don’t mean physically of course because, sometimes, injuries leave us confined to the couch for a little while. Let’s talk the mental, emotional or psychological effects that may arise during times like these.

I am by no means a psychologist. However, I believe that it is completely normal (and almost expected) for us to sometimes feel discouraged, unmotivated, frustrated, disappointed or disengaged during rehab. To ease this burden, surround yourself with people who know when to offer a shoulder to cry on and when to give you a kick up the bum because occasionally, we all need a little help with getting motivated. 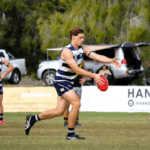