In just his second WAFL game for Swan Districts FC, Frank Anderson continues to show AFL Recruiting Staff why he is a making a case to be the leading Mature Age prospect with 19 disposals, 6 tackles and 5 inside 50’s in their game against Claremont. 20 year old James Sturrock was Peel Thunder’s second highest disposal winner over the weekend with 20 disposals, but unfortunately wasn’t enough as East Fremantle defeated them by 42 points.

In AFL Sydney news, The 2019 NEAFL MVP Jake Bartholomaeus has returned to Sydney University in Round 2 of the Sydney Premier Division with a Best on Ground performance, taking down St George Dragons by 26 points. Meanwhile Ryan Hebron added 2 goals to the North Shore Bombers as they claimed victory against the Inner West Magpies by a staggering 111 points.

In QAFL news, Broadbeach claimed their second straight victory over the weekend by 62 points, with Ryan Gilmore adding 3 goals to their total. Whilst at the other end of the Coast, it was Max Spencer who has returned to his junior club Palm Beach, being named in their best players as they defeated Wilston Grange by 75 points.

Meanwhile in the QAFLW, Courtney Daniec has continued her strong start to the season by being named in the best players for a 6th straight time, despite going down to University of Queensland. 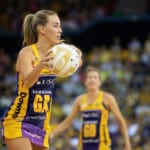 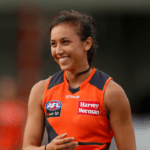 Bec Beeson – Fake It Until You Make It
Scroll to top