Rhys Nicholls was named in Labrador’s best players as he returned back to his local club after two strong performances for the Suns Academy. Ryan Gilmore kicked a goal and was named in Broadbeach’s best players as they maintained their undefeated record. RDK Sports’ latest client signing, Max Pescud starred for Surfers Paradise kicking 6.4 as he helped his side get over the line by 3 points.

Courtney Daniec has continued her strong and impressive season being named in Aspley’s best players for a 10th straight game.

In Sydney, it was Ryan Hebron who kicked 4 goals for the North Shore Bombers as they went on to win by 58 points keeping them at the top of the ladder. 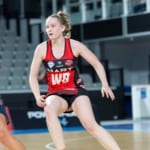 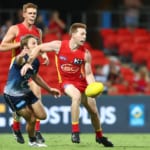 Jesse Joyce – Advice to My Younger Self
Scroll to top