Frank Anderson has helped Swan Districts win their second game of the year by 27 points. Anderson collected 24 disposals, 8 tackles and 5 inside 50’s as they proved too strong for Perth.

It was the final fixture game for the QAFL this weekend, with Kwaby Boakye being named best on ground in Broadbeach’s 50 point victory over Morningside. Palm Beach’s Max Spencer went up forward in the last game of the year and proved to be the answer for his side kicking 5.4 and being named his sides best player as they defeated Mt Gravatt by 48 points. Max Pescud kicked 2 goals and was named in the best players for Surfers, while Rhys Nicholls was named in Labrador’s best for a second straight week.

Meanwhile in the QAFL Colts, Tom Hofert and Ryan Pickering proved to be too strong working as a ruck combination together with Tom being named in his sides best players and Ryan kicking a goal.

We wish all our QAFL Clients playing in finals next week the best of luck on their journey to the big dance! 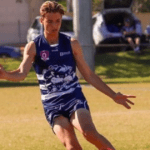 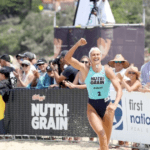 The Biggest Lesson I Have Learnt – You Can Achieve More From Doing Le...
Scroll to top