Kiera Austin is a rising Australian Netball Star who has continued to make her mark on the International Netball Scene over the past years. She plays an integral part in the GIANTS Netball attacking line up and is a member of the Australian Diamonds Squad. Kiera and her team spent months away from home in 2020 due to the Suncorp Super Netball season being relocated to Queensland to avoid the emerging cases of COVID-19 in NSW & Victoria.

I walked into training early one day late in July to do some video analysis in the staff office. I could sense a quiet panic behind me from our team manager, Denny. She had flights to Brisbane on her computer screen. That’s when I got told that the NSW-QLD border was closing, and we were to leave the next day. Queue the panic packing that was not well thought through. Pro tip, a puffer jacket and four jumpers are not necessary in Queensland even in Winter. The power of hindsight!

We were fortunate to be living on the Sunshine Coast for majority of the hub. The people there are so down to earth and welcoming. Walking along the main strip, I became acquainted with Archie the Groodle and would often stop and chat to see what he was up to! There were plenty of dogs along the beach for additional puppy therapy. Amy Parmenter and I also met a bubbly local who was attempting a new talent as an artist. I kept the sketch he drew of us although it was not ‘complete’. 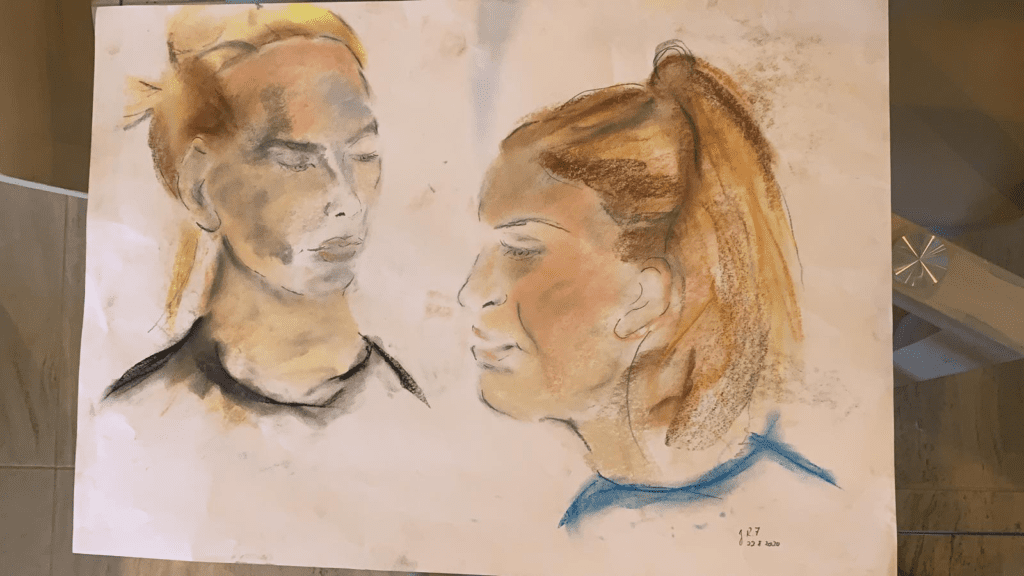 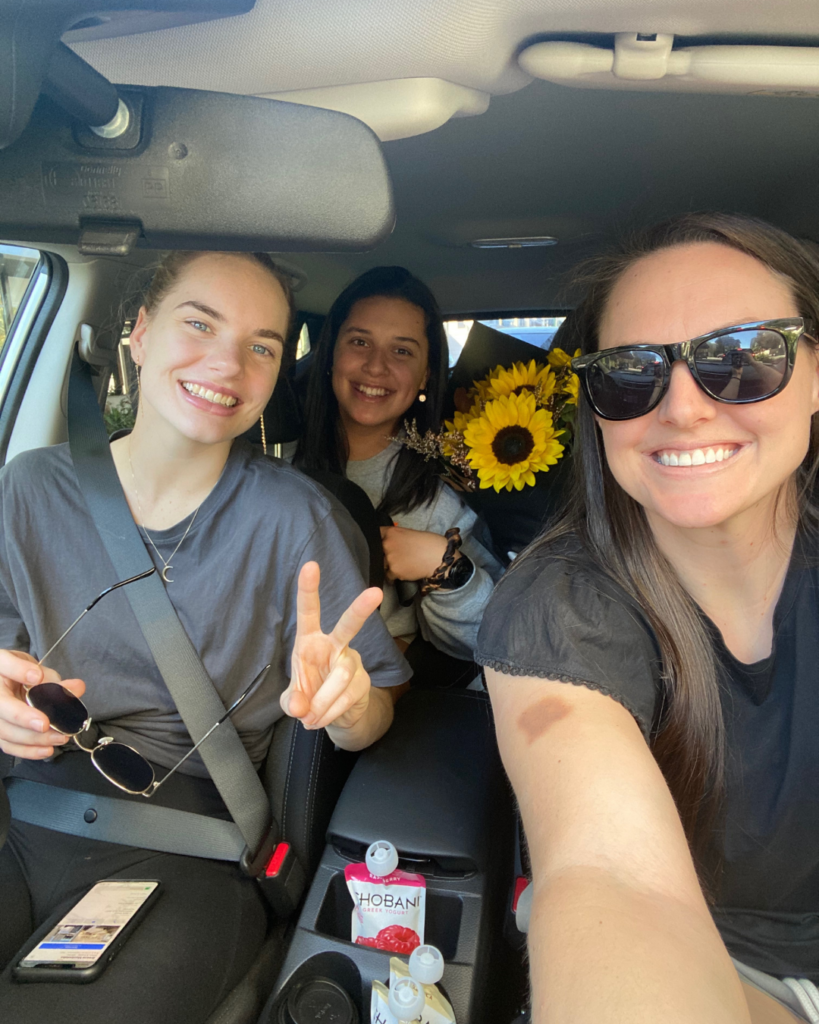 A lot of the girls became very good at online shopping – every day there seemed to be a new parcel for one of us. Being able to do beach recovery was a welcomed change from the traditional ice bath back home. Playing with April Brandley’s little bub Clay was also one of the biggest highlights of the trip!

Despite all of this, I cried more times than I expected. I see myself as quite a resilient person, so it took me by surprise how emotionally and mentally drained I was by the end of the experience. Since being home I learnt how hard it was for my family and loved ones seeing me distraught over FaceTime and not being able to offer me more than words.

Reflecting back on each individual game is difficult, they mostly mould into one big game of netball. There were games that we were right in it and let it slip for a quarter, games we would win, and games that we should have won but did not. We sometimes used the super shot to our advantage, other times we did not. I am my own worst critic and whilst this is my third season of being a professional netballer, it was my first that I have been given the opportunity to start. This is a big thing in the netball world. I struggled having this type of exposure, because as much as netball fans can be your biggest support, sometimes they might not have the nicest things to say. I deleted a few social media platforms to distance myself from it. Even though there were lots of encouraging comments, we tend to dwell on the negative one. This is the reality of professional sport I am slowly learning.

When you have a bad game the first thing you want to do is separate yourself from the netball world. Going home to your family and loved ones, doing something non-netball related, which of course was difficult to do in the hub. A condensed season meant our workload went through the roof. For me, there was not a lot of time to do much else but sleep or complete university work. I missed having a hobby and helping train my families hyperactive, (sometimes hard to control), German Shorthaired Pointer puppy. I have always wanted to be someone more than just netball, which was hard to do up there. A few of us missed birthdays and special family events, funerals as well. To say it was tough is probably an understatement.

In saying this, I did learn that I am capable of some pretty big things. Being named MVP in our second games against both Firebirds and Thunderbirds meant a lot to me. Previously, we had drawn to Firebirds and lost to Thunderbirds. Being able to identify, learn and change parts of my game in a positive way is exactly how I want to grow as an athlete. Travelling to Adelaide was also a welcome change in scheduling. We had a tiny splash of orange in the crowd too which made all the difference! I learnt that I could transition from WA to GA easier than I had done in the past. I struggled last year to find a calmness in my shot after playing WA, and I felt I developed this skill better this year.

We were notified about making the Australian Diamonds squad just before our last week of regular games. I was proud that I made the squad, I took it as a silver lining to this season. I felt like I was not playing my best netball, and I definitely have lots to work on. This makes me excited for what I can put out on court when we hopefully return to a ‘normal’ season next year. 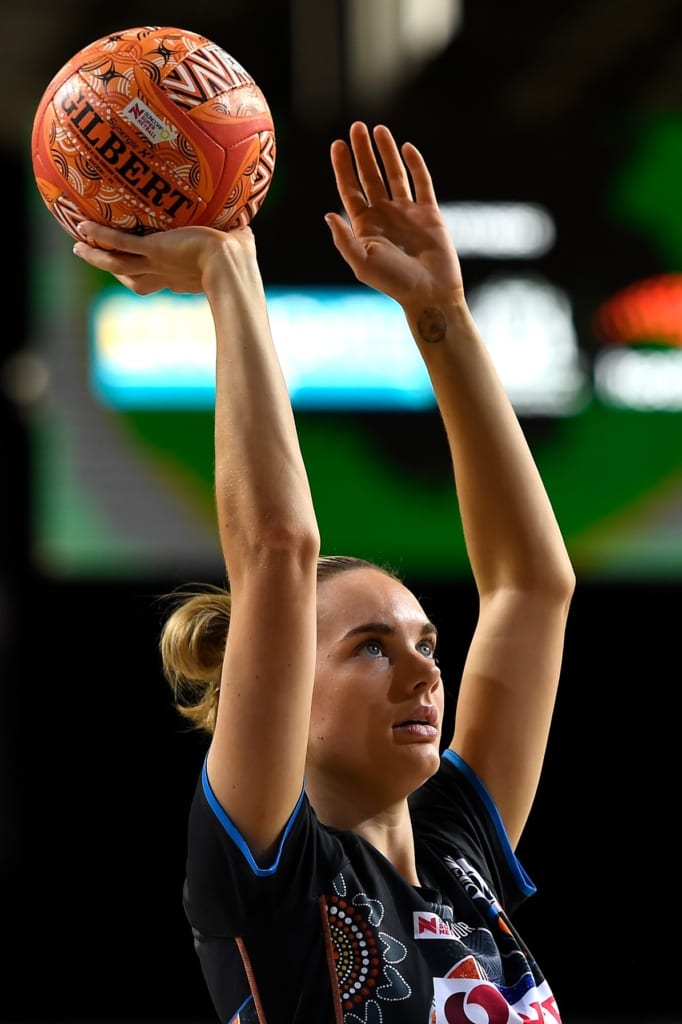 My biggest takeaways from my experience

I can barely scratch the surface about the individual ups and downs of hub life and every person’s experience is going to be different. One thing that is consistent is the appreciation all players have for staff, volunteers, and everyone responsible for getting our game going this year. Sport has the incredible ability to bring people together, so we are glad to have done that and hopefully have brought a little bit of joy to people who needed it this year. 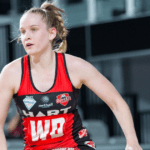 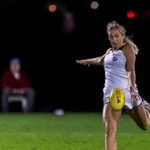